Think your one vote can’t make a difference? Think again!  Many elections are won by fewer votes than you might imagine – even by as little as one vote.  Here are some recent federal, state and local elections that were decided by a thin margin of votes. Your vote can change the course of history!

2000 Presidential Election (Bush vs Gore)
The closest Presidential election in US history, the race between George Bush and Al Gore came down to the votes in juust one state: Florida.  As of election night, the race was officially undecided and it was unclear for some time afterwards who won. After a historic recount of the Florida vote and a Supreme Court decision, George W Bush was declared the winner with just 271 electoral votes – one more than the minimum needed to win. The race was decided by a margin of just 537 votes!

That may sound like a relatively large number, but you could fit that many people in a good-sized football stadium, like Michigan’s Big House: 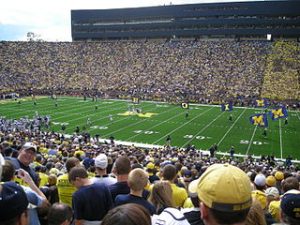 Further back in history, another close election was in 1884, when Grover Cleveland edged out James G Blaine in the state of New York by just 1,107 votes, getting the state’s 36 electoral votes to win the election. 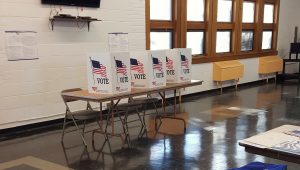 2006 US House of Representatives, Connecticut’s 2nd district (Courtney vs Simmons) – Won by 83 votes, the closest House race of 2006.

2008 Minnesota US Senate (Franken vs Coleman) – Franken won by only 312 votes after recounts, in a hotly-contested election.

2012 Iowa Republican Caucus (Romney vs Santorum) – Santorum won by 34 votes in the closest Republican primary election in US history. 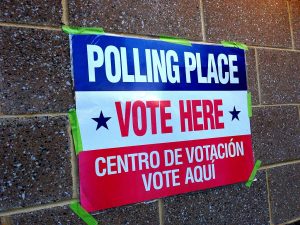 Elections are frequently won by even smaller at the state and municipal level, where there are fewer voters to begin with.

2017 Virginia House of Delegates (Simonds vs Yancey) –  Initially thought to have been won by 1 vote, a recount showed the race to be a tie. It was decided by a random draw.

1994 Wyoming House of Representatives  (Luthi vs Call) –  Another tied race, with each candidate getting 1941 votes, this was also decided by a random draw. Luthi won – he was in office until 2007 and served as Speaker of the House.

2002 – Republican Primary, Washington House of Representatives, 26th District – Lost by just one vote. As luck would have it, the loser’s friend accidently left his ballot on a table and forgot to send it in!f